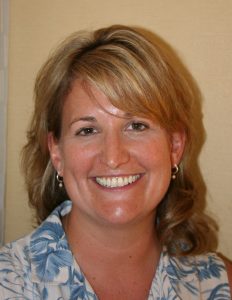 Susannah Ural is Professor of History at the University of Southern Mississippi (USM) and Director of USM’s Center for Digital Humanities. She is also a senior research fellow in the Dale Center for the Study of War and Society, which she co-directed from 2012-2021.

Ural specializes in the history of nineteenth-century America, with an emphasis on the socio-military experiences of U.S. Civil War soldiers and their families. She’s known for her arguments about the need for new approaches to unit histories, an example of which is her book Hood’s Texas Brigade: The Soldiers and Families of the Confederacy’s Most Celebrated Unit (LSU Press).

Ural’s latest scholarship blends the fields of military history and digital humanities (DH). She is the founder and director of the University of Southern Mississippi’s Center for Digital Humanities and her most recent DH work is the Civil War & Reconstruction Governors of Mississippi project. This is a partnership between the USM Center for Digital Humanities, the USM History program, the Mississippi Department of Archives and History, and the Mississippi Digital Library and is generously funded by the National Endowment for the Humanities, the National Historical Publications and Records Commission, and the Watson-Brown Foundation, along with USM’s Dale Center for the Study of War & Society, the USM College of Arts & Sciences, the USM Graduate School, and USM’s Office for the Vice President for Research. Ural has served as the creator and director of multiple DH projects including the Beauvoir Veteran Project (a DH study of Mississippi’s Confederate Home) from 2014 through 2019. She launched the Mississippi Digital Courthouse Project in 2015 to encourage the digitization of Mississippi county courthouse records from the nineteenth- and early-twentieth centuries.

In March 2019, Ural guest-edited a special issue of The Journal of the Civil War Era titled “Reconsidering Civil War Veterans,” which also featured her article “‘Every Comfort, Freedom, and Liberty’: A Case Study of Mississippi’s Confederate Home.” She also published an online piece related to that issue focused on “Teaching the American Civil War through the Experiences of Civil War Veterans.” Ural is also the author of Don’t Hurry Me Down to Hades: The Civil War in the Words of Those Who Lived It, which Ural wrote to help general audiences understand the historical significance of the American Civil War. The Kansas City Star ranked it among its top 100 books of 2013. She is the editor of Civil War Citizens: Race, Ethnicity, and Identity in America’s Bloodiest Conflict, which includes her chapter “‘Ye Sons of Green Erin Assemble’: Northern Irish American Catholics and the Union war effort, 1861-1865.” In 2006, Ural published The Harp and the Eagle: Irish-American Volunteers and the Union Army, 1861-1865 (NYU Press) and she is also the author of “‘Remember Your Country and Keep Up Its Credit’: Irish-Americans and the Union War Effort, 1861-1865” published in The Journal of Military History in 2005. Ural is also the author of “Citizen Soldiers,” a topic central to her scholarship, in The Cambridge History of the American Civil War, and she regularly publishes short essays and blogs relating to the experiences of soldiers and military families in the US Civil War era in scholarly journals and popular magazines.

Ural’s graduate students’ research and scholarship focus on the U.S. Civil War era, ranging from topics of ethnic military service and community experiences to Reconstruction-era occupation and the education of freed peoples to the Civil War memory among veterans and their families. Most of them earn USM’s Public History Certificate during their time at USM and master fundamental skills in digital humanities, which enhances the quality of their scholarship and their marketability after graduation. Ural’s students’ scholarship can be found online and in print in the journals Civil War History, The Alabama Review, and a forthcoming issue of Register of the Kentucky Historical Society. They have gone on to work in academia, state historical societies and museums, at professional military education institutions such as U.S. Army Command and General Staff College, in private secondary schools, and in a variety of government agencies.

Ural is a long-standing leader in the Society for Military History (SMH). She chaired the editorial board of The Journal of Military History from 2014-2019, served on the SMH Board of Trustees from 2019-2021, and is the current chair of the SMH Nominating Committee. Ural is an editorial board member of the academic journal War & Society and the magazine Civil War Times, a former member of the editorial board of The Journal of the Civil War Era, past president and board member of the Mississippi Historical Society, and a member and former co-director of USM’s Center for the Study of the Gulf South. She is an active member of the Society for Military History, the Society of Civil War Historians, the Southern Historical Association, the Association of Documentary Editing, and the Mississippi Historical Society.

Ural holds a Ph.D. and M.A. in History from Kansas State University, and a B.A. (History & Political Science) from the University of Vermont.